skip to main | skip to sidebar

The slides from the London conference are here
(http://www.dryesha.com/2008/10/virtual-worlds-sos-q3-2008-state-of.html)

This is an overview of Metavers1, Mpeg v and the grand effort of making standards for virtual worlds.

Saving lives in a virtual world

The call comes through. A young female has collapsed in the street outside a nightclub.

The paramedic is dispatched to the scene, parks his ambulance and starts to assess the situation.

The young woman appears drunk and is singing in a slurred way, but after an examination and blood and glucose tests the paramedic discovers she is also diabetic and in need of immediate treatment.

It's a testing scenario for a student paramedic, and one where there is the potential to make some dangerous errors.

Interesting scenario. You can read the whole article here.

Second Life has launched Inmersive Spaces, a solution for corporate distant meeting organisation, based in SL. It includes screens for presentations, shared navigation, webcam ... for companies that need to avoid trips for meetings or to share a visual environment for cooperation.

Use case 4 at work at Veldhoven 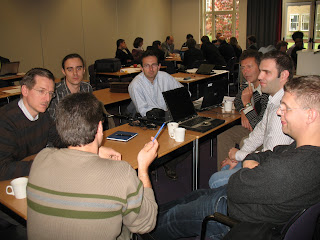 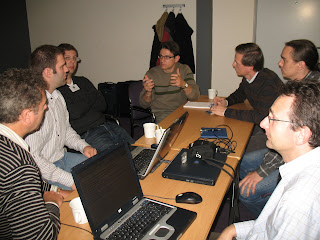 During the kick off Metaverse1 meeting I mention the existence of Solipsis that is a LGPL open source virtual world platform.

You may find all the information you need here

I you have still questions without response I will be glad to connect you with the Solipsis project leader. 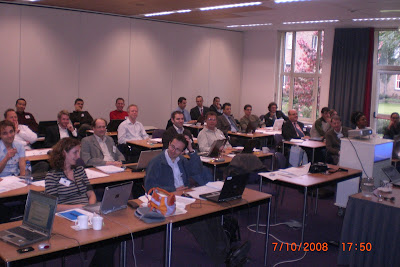 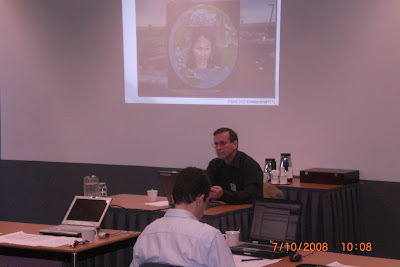 after 20 months, we are now starting... with about 34 firms we are about to start Metaverse1. More later...

1. Virtual worlds will be very big -- (metaverse is a technical term that means exactly the same).
2. But... to fulfill the potential we need "standards" -- to allow innovation.
3. So we want to do standards. How?
3.1. We have identified several use cases (what virtual worlds can do)
3.2 We will do a review of what standards are out there.
3.3 We will develop a framework system for the virtual worlds.
3.4 It will include a reference for the standards out there, as well as what is missing.
4. We will implement the case studies to test the standards.
5. The standards will be streamed into the work of ISO MPEG-V.
Posted by Unknown at 9:10 AM 1 comment:

Metaverse1 project is a ITEA2 project:

ITEA2 is a industry-driven, pre-competitive R&D program that bring together partners from industry, universities and research institutes in strategic projects.

The Metaverse1 project will provide: a standardized global framework enabling the interoperability between Virtual worlds (as for example Second Life, World of Warcraft, IMVU, Active Worlds, Google Earth and many others) and the Real world (sensors, actuators, vision and rendering, social and welfare systems, banking, insurance, travel, real estate and many others).